Court of appeal sitting in Nairobi has halted the digital switch over for 45days pending the hearing and determination of the appeal case filed by three media house after the high court Judge David Majanja dismissed their petition.

DO YOU KNOW A KENYA WHO IS IN SOUTH SUDAN AND HE OR SHE NEEDS HELP?

If you know kenyans in south sudan who require assistance?send an SMS to +254 717865554 with info of the person who requires assistance.Including the location and security details.Let save our brothers and sisters.

President Uhuru Kenyatta arrived in Juba this morning to hold talks with south sudan president.The plane carrying the president and his delegation landed at Juba International Airport before 10 am East African time.

This entry was posted in EAST AFRICA.

A three judge bench of the court of Appeal are expected to hear the petition by three media houses.Application by the three major media houses that sought 30days for them to be able to appeal was dismissed yesterday.Citizen,NTV and KTN switch off their signals last night what is seen as away to protest the court ruling.

Digital migration switches off to go on in Nairobi and its environs after the petition challenging the process was dismissed.

High Court Judge, Justice David Majanja dismissed the petition that was seeking to stop the planned digital migration from analogue to digital.

High Court judge issued temporally orders to stop the move to migrate on 13 December pending the hearing and determination of the petition that has been dismissed today.

“There is no prejudice that has been demonstrated by media owners if the switch off date is not extended” observed Justice Majanja.

The media houses argued that, the move to switch off from digital migration to analogue will deny Kenyans access to information and TV programs.

According to Infotrak survey 64 percent of Nairobi resident are not ready for digital migration.

New survey carried by Infotrak research and consulting on digital migration for consumer federation of Kenya reveals that 64 percent of resident of Nairobi are not ready for digital switch off with majority of the respondents coming from wealthy and educated class.

It was a major blow for the three media house after the an application filed by lawyer Paul Muite seeking 30days extension on switch off date to enable the petitioner  to appeal the high court ruling that dismissed the petition.

Everything is now on the hands of Communication Commission of Kenya (CCK) who will decide when to switch off analogue to digital broadcasting. 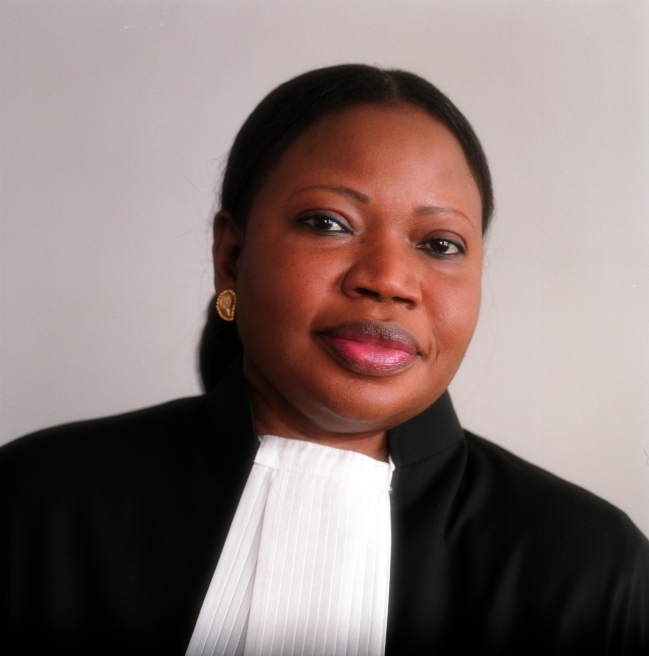 The National Alliance party has commended International criminal court prosecutor Fatou Bensouda for admitting publically that she had no enough evidence to proceed with president uhuru Kenyatta trial.

This comes few days after the prosecutor of the Hague based court, filed an application with the judges requesting an adjournment  of the provisional trial date on the president case.

The prosecutor said in the last two month, the key prosecution witnesses in the case against Mr.Kenyatta has indicated that he is no longer willing to testify and a key second witness in the case confessed giving false evidence regarding a critical event in the prosecution case.

In a statement issued by TNA Chairman Johnson sakaja state that

“In the uhuru case 15 witnesses were self-confessed Mungiki,mungiki is a group of extortionist criminals and the group is proscribed in Kenya. It has always been wonder how justice can be delivered out of a process
where self murders, rapists and extortionists are used to give evidence about criminals”

The party argues that the witness was known to have lied about their role and knowledge of PEV to obtain financial gain from ICC.

An African bid to postpone the International Criminal court trials of President Uhuru Kenyatta and his deputy failed at the United Nation.

Africa union had requested United Nation Security Council to defer cases against the duals. 10Kenya accused those who abstained and said they showed clear cowardice in the face of a critical Africa matter.

“We commend the prosecution for realizing that justice for victims cannot come from an just process “said the statement.

The party argues the prosecutor to hold an evidentiary hearing in open court to ascertain whether the process can lead to a fair trial.

The ICC judges are expected to rule on whether to grant prosecutor request or not.

Tanzanian Tourism and Natural Resources Minister Dr Hamis Kagasheki has resigned from his ministerial position after amounting pressure from the parliament.

Statement of the Prosecutor of the International Criminal Court, Fatou Bensouda, following an application seeking an adjournment of the provisional trial date

Today, I filed an application with the Judges requesting an adjournment of the provisional trial date in the case of the Prosecutor v. Uhuru Muigai Kenyatta (ICC-01/09-02/11). My decision is based solely on the specific facts of this case devoid of extraneous considerations. As Prosecutor, I have consistently stated my actions and decisions are at all times strictly guided by the evidence in accordance with the Rome Statute legal framework. This recent decision is no different. It is my professional duty to react, and to take the necessary decisions when the state of the evidence changes, as it has in this case.

In the last two months, one of the Prosecution’s key witnesses in the case against Mr. Kenyatta has indicated that he is no longer willing to testify. More recently, on 4 December 2013, a key second witness in the case confessed to giving false evidence regarding a critical event in the Prosecution’s case. This witness has now been withdrawn from the Prosecution witness list. Having carefully considered my evidence and the impact of the two withdrawals, I have come to the conclusion that currently the case against Mr. Kenyatta does not satisfy the high evidential standards required at trial. I therefore need time to complete efforts to obtain additional evidence, and to consider whether such evidence will enable my Office to fully meet the evidential threshold required at trial.

Our pursuit of justice for the victims of the 2007-2008 post-election violence in Kenya has faced many challenges. Notwithstanding, my commitment and that of my staff to the pursuit of justice without fear or favor has remained firm. It is precisely because of our dedication and sense of responsibility to the victims in this case that I have asked the Judges presiding over the case for more time to undertake all remaining steps possible to strengthen the case to ensure justice for the victims.

To the people of Kenya, my decision to apply for an adjournment today was not taken lightly and I have explained fully to the Judges the reasons for my exceptional decision. I have and will continue to do all that I can to realize justice for the victims of the 2007-2008 post-election violence.

Source: Office of the Prosecutor

By SAM ALFAN
Suspended director of judiciary Benedict Abonyo Omollo has today been charged in court.
Benedict is accused for stealing Ksh 80million of the judiciary.He pleaded not guilty and released on a cash bill of 1million and the matter to be heard on 14 0f January next next year.
Suspended officer of  the Judiciary has moved to court in court earlier to stop his arraignment in court over the alleged irregular transfer of Sh80 million from the institution’s deposit fund.
Director of  Finance Benedict Omollo under a certificate of Urgency, through his lawyer John Swaka says he is apprehensive that he may be charged in court due to the ongoing investigations of the sacked former Judiciary Registrar and some of the junior judiciary personnel under her office.
He seeks an anticipatory bail of Shs 10,000 pending the investigations and his subsequent charge.Already, four Judiciary employees have been charged in court with conspiracy to defraud the judiciary following initial investigations.
The G-pay audit trail report from the Central Bank of Kenya showed that the Finance Director and another accountant were involved in the initial electronic funds transfer.
Omollo is currently under investigations and he claims he is not guilty of any hatches.
He adds that he stands to suffer if the police were to apprehend and keep him in custody, for he is a family man and the sole bread winner of a young family.
“My client is under strong apprehension that he may be charged in court due to the ongoing investigations on the former registrar of the High court and some of the junior judiciary personnel within her office’ says Swaka.
Omollo worked as the finance director of the judiciary till three days ago when he was interdicted out of the office.
He adds that he has been working directly under Shollei and he has been consequently interdicted and is under strong apprehension that he may be charged.
The director was suspended alongside former registrar of judiciary Gladys Shollei.

Justice Isack lenaola said that,the Nairobi county government has the mandate to regulate the parking fee.This
means the car owners will be forced to dig deper in their pocket to pay for new levies expected to take effect..

Matatu operators filed a case against county governent,city county board and the attorney general for seeking to effect an irregular sh300 parking fee.

The county finance bill  was expected to come into effect following it approval.

The county government proposed to introduce half  year and full year season ticket which retail as sh 34,000 and 58,000 .9 Other
county may implement the levies that may cost car owmers more money to cater for their parking.