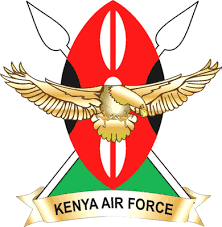 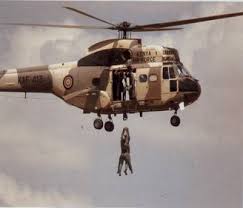 Logo of Kenya Air Force and their helicopter on air.

Former Air forces officers have written to Attorney General demanding over Sh 32 million the amount they awarded by the court.
They have given AG 14 days to respond alternatively they will move to the court to the provision of Government proceedings Act and civil procedure Act that immunize the state from attachment of its assets in execution of court judgment.
The officer through lawyer Mbugua Mureiith says they are unable to execute the judgment delivered by Judge Mumbi Ngugi on 15 February 2012
The officers James Mwangi Wanyoike. Antony Ndiang’ui Waiganjo. John Kipsang Leting Sammy Kaharau Ngombo . Robert Chelugo Miningwo . Simon Njiru Kinyua
. Titus Tumbo Ngio . Stephen Mwangi Marion. Deavans M. Chilelo and. Mohamed Omari Mwamaneno.
They were awarded the amount as damages arising from their sacking from the Air force in 1982.