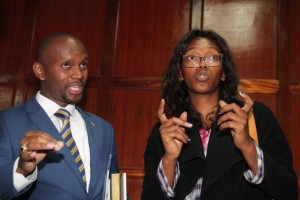 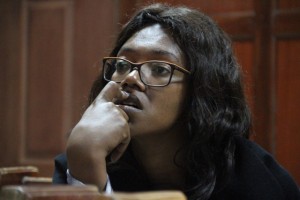 Peter Solomon Gichira wants the Court to declare that the Two Thirds Gender Rule does not necessarily refer to men and women but includes ‘others’.
In his suit Papers, Gichira argues that the constitution does not define gender as just woman and man but includes hermaphrodites or a third gender.
“It is as a result of the contrived understanding of the term Gender to only mean men and women that a lot of people who could collectively be in the Third Gender Group have ended up being denied enjoyments of their rights as protected in the constitution,” he said.
Gichira added that gender identity disorder is not a disability of any form but in which there is a disparity between a people’s assigned sex and expressed gender identity.
He wants the two gender rule to consider transgender people who haven’t been recognized, yet live in the society.
The two-thirds gender rule is a constitutional requirement stating that no more than two thirds of elective and appointive bodies are composed of the same gender.
Gichira claims that the allocation of the 47 County Seats to Women representatives was on the misconstrued conception that only women are eligible and weak to compete with men in the electoral field.
“A few people should not be left out because they are not seen as male or female but with equal priority with others,” he added.
He said the transgenders have suffered severe prejudice and marginalization and their general standing and it was time for their recognition.
Through his Lawyer Gachie Mwanza, Gichira claimed that the National Assembly will move to speed to beat the August 2015 deadline imposed by the court which was in contravention of the rights of the transgenders.
“Unless the application is heard and determined, the people for who, the Petition is brought will suffer utmost prejudice and will be locked out from accessing their rights,” said his lawyer Gachie Mwanza.
Gichira Wants the State to make the necessary legal amendments to the constitution for allocation of special seats both Elective and Appointive positions.
High Court Judge Mumbi Ngugi directed the matter to be placed before Justice Weldon Korir for further directions.
Earlier Nairobi based civil activist Okiya Omtatah has filed an application seeking to stop the execution a judgment on the two third gender rule.
Omtatah wants the court to suspend the orders of Justice Ngugi Mumbi directing compliance of Supreme Court’s advisory opinion.
He says that advisory opinion by the Supreme Court was an error which could lead to amending the constitution to allow the application of principles of the one third to two third gender representations in the national assembly and the senate.
He argues that the constitution of Kenya 2010 was enacted in the historical context in which provisions implementing the requirement for proportional gender representation which existed in the Bomas and Wako and several harmonized drafts were removed before the constitution was ratified.
Omtatatah submits that with that removal the issue of gender representation became a political and not judicial issue, sayi9ng the court had no jurisdiction to order AG and CIC to comply with Supreme Court advisory opinion on gender balance.
“The court of law has no capacity or jurisdiction to order the re-introduction into the constitution the provisions which the sovereign people themselves rejected” he says
He says the following the advisory opinion and the order of Justice Mumbi dated June 26 the AG, senate and national assembly are under immense pressure to implement the one third to two third gender representation principle in the national assembly and the senate before August 27.
The move taken by the AG, senate and national assembly requires the amendment of the constitution to remove to the political interest which violates the supreme law.
The application by the activist will be placed a duty judge this afternoon for orders and directions.
AG and CIC were taken to court over failure to table the relevant Bills to facilitate the implementation of the two thirds gender rule.
The Centre for Rights Education and Awareness (CREAW) filed an urgent application seeking order to compel the AG and CIC to act as required by the constitution
According to CREW as it told the court the constitution requires that as a precursor to parliament discharging the obligation, first (AG) and (CIC)ought to prepare the relevant bills for tabling before parliament as soon as reasonably practicable to enable parliament to enact the legislation within the period specified,” the organization through lawyer Judy Thongori stated. Creaw through its executive director Ann Njogu further wanted the court to declare that the AG and CIC have failed in preparing the bills and a further declaration that their actions are a threat and in violation of the constitution.
“Article 27(8) of the constitution demands that in addition to the measures contemplated in clause (6), the state shall take legislative and other measures to implement the principle that not more than two thirds of the members of elective or appointed bodies shall be of the same gender,” she pointed out.
The matter will be mentioned on 24 of August for further directions.