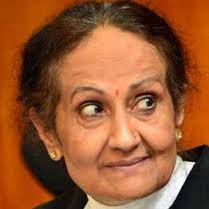 Speaking during the Africa Forum on Security Sector Reform at AU Commission in Addis Ababa, Ethiopia, this week, the DCJ said that incidents of insecurity and crime are assaults on the democratic fibre of the nation as well as the principles and values enshrined in the Constitution.

In her address titled “Sustainable Security Sector Reforms in Kenya: Reflections from the Judiciary,” Rawal noted that solutions for the sector reforms lie with victims of insecurity adding that tackling the problem will promote justice and the rule of law.

“Emphasis ought not to be the generation of norms and principles, for example, supranational institutions and apex courts, rather, the solutions for sustainable security sector reform lie with those who most acutely experience the ravages of insecurity,” Justice Rawal said.

She added: “Those without voice and without access who make up the vast majority of our continent’s peoples’ must be given a voice through processes such as this African Forum. Any sustainable and hence effective security sector reform can only be achieved with attention to grassroot dynamics and the local context.”

Saying that such forums were important since the security challenge is not only for a country, a region, or a continent but a global one, Rawal called on all the participants at the forum to foment concrete action on reform.

The DCJ said that beyond the traditional judicial function, a multi-sector engagement approach to security is essential to ensure the sustainability of reform.

She said that sustainable reforms require constitutional fidelity, multi-stakeholder cooperation, effective decentralisation of government functions, robust public and community engagement, and regional and international cooperation as well as an appreciation of increasingly important regional and global dynamics and institutions equipped to respond to the challenges these raise.

She however added that more needed to be done especially in regard to criminal and penal laws and the cooperation between municipal and regional juridical structures to enhance harmonisation and cooperation across the region.

The DCJ maintained that Judiciary remains the central institution in the achievement of sustainable reform since it is tasked with ensuring that no rights and fundamental freedoms are denied, violated, infringed or threatened